They can often be accommodated easily, using existing space (for example in an open area or in the centre of an existing staircase, or externally alongside the building’s wall). As this type of platform lift has its own enclosed liftway it requires little or no building construction work. Also, depending on the model, the lift can accommodate more than one passenger and/or wheelchair allowing movement between several floors. The platform can be either “open” or in a fully enclosed cabin, each moving within its own enclosed liftway. Open models are operated by “hold to run” controls whereas enclosed models feature automatic, one-touch, controls similar to a conventional passenger lift. The maximum permitted travel speed is 0.15 metres per second and all lifts are within the scope of the Machinery Directive and the technical standard EN 81-41. Other platform lifts are designed to move between two levels only. Typical installation of this lift type will be alongside an existing, short internal staircase or external steps, to allow access to the building with a wheelchair, or by people who have difficulty using steps. Suitable protection in the form of sides, doors or guard rails are incorporated and space can be allowed for a carer to accompany the user. 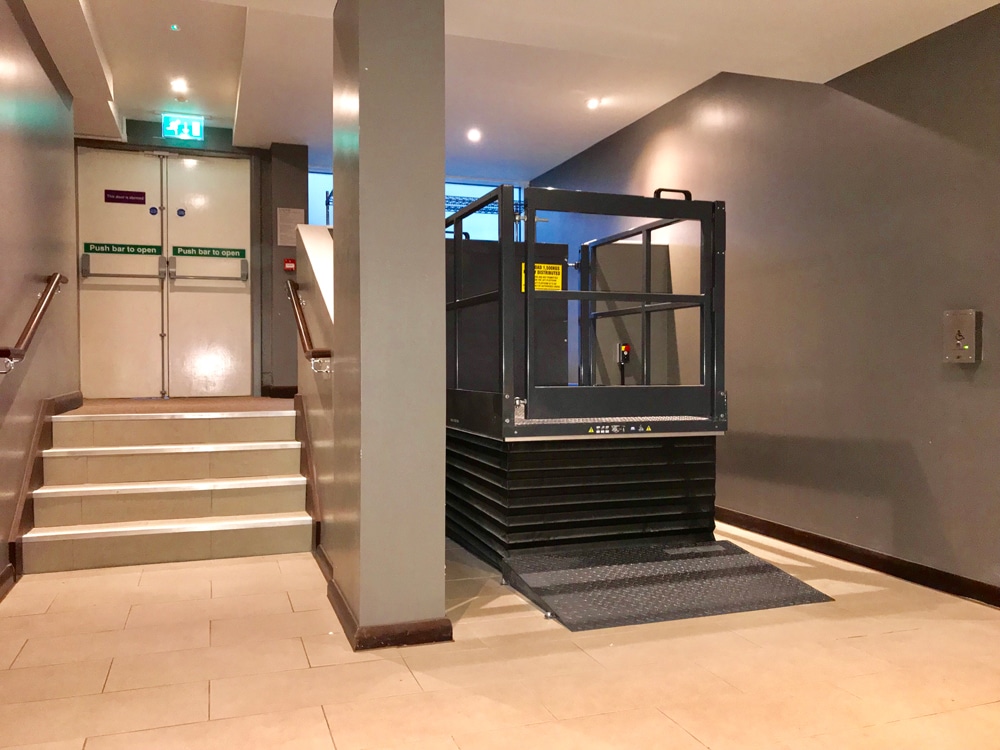 Manufacturers and Distributors of Platform Lifts for Disabled Access 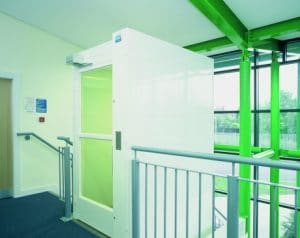 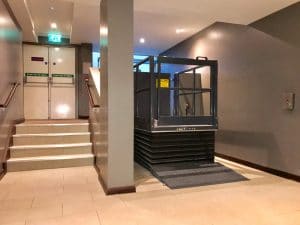 ALEM, Unit 19 Omega Business Village, Thurston Road, Northallerton, DL6 2NJ | Telephone: 020 8253 4501 | Email: alem@admin.co.uk
All images displayed are copyright protected. Whilst making every effort to ensure that information and images reflect the actual situation, the Association accepts no liability for anything which is incorrect.
By using this site, you agree we can set and use cookies. For more details of these cookies and how to disable them, see our cookie policy.